Secondary asbestos exposure and the fight for justice 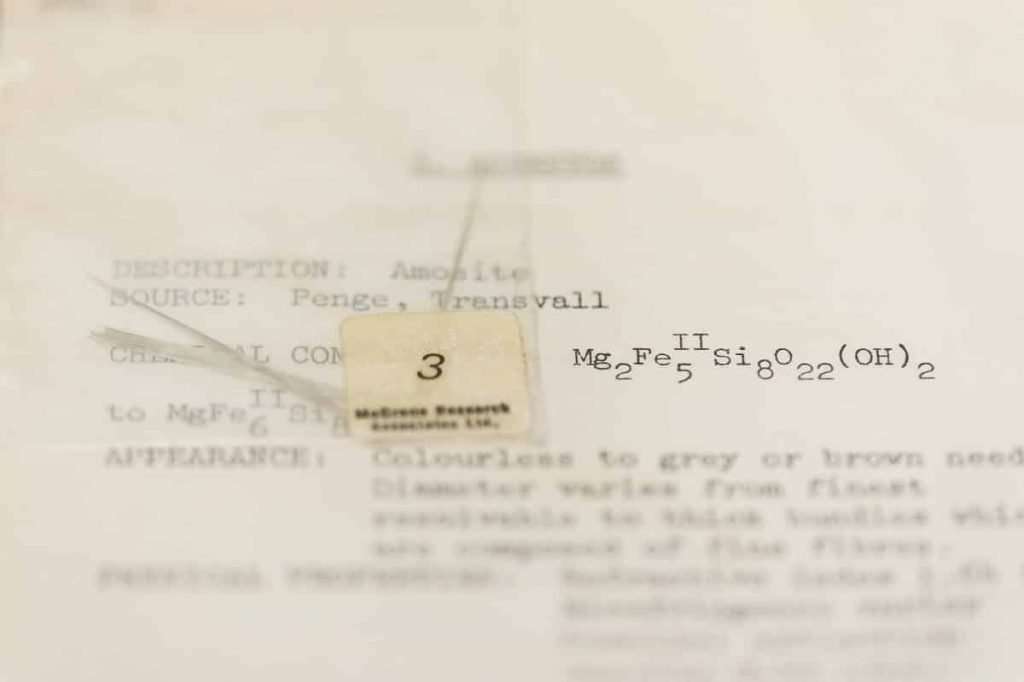 The use of asbestos was so widespread between the 1930s and the 1980s that workers in many industries were at risk of suffering severe ill health. Secondary asbestos exposure was also a significant threat for their wives and families.

With little in the way of protective equipment or clothing, asbestos fibres and dust were carried home on overalls and work wear only to settle in the home environment where they could be inhaled by the worker’s family.

Secondary exposure to asbestos was a common occurrence if a worker’s wife or other family member cleaned asbestos-contaminated overalls, shaking them to remove the dust prior to washing, possibly several times a week.

As a result, the whole family was at huge risk of developing asbestos-related diseases in later life. There was also a general tendency for employers to cover up or ignore these dangers, and with no asbestos awareness training available at the time, health and safety were severely jeopardised.

Hailed as a landmark ruling for an asbestos case, the family of Adrienne Sweeney has recently been awarded £250,000 in compensation following the death of their mother from mesothelioma.

Mrs Sweeney had been indirectly exposed to asbestos when she shook dust from her husband’s work overalls during the 1960s. He had worked as a boilermaker, and although the level of his own exposure was unclear, the court determined his employers were either aware or should have been aware that his contaminated work clothes would be cleaned at home.

Children also at risk of secondary exposure to asbestos

Family members in general were in danger of breathing in microscopic asbestos fibres which could easily settle unnoticed on floors and work surfaces around the home. In fact, one such tragic case involved the death of a 22-year-old man from mesothelioma in 2011.

The young man’s father had worked in construction and carried asbestos home on his work wear following refurbishment of an estate of council houses. Being unaware of the dangers of asbestos, he cradled his young son whilst still wearing his work clothes.

This happened regularly over a two-year period and resulted in his son being diagnosed with mesothelioma, an aggressive form of lung cancer attributed to asbestos.

An increasing number of cases are coming to light where secondary asbestos exposure has taken place, with families seeking justice through the courts. Employers did have a duty of care to their employees and it has been argued that this duty should also extend to their family given the ease with which second-hand transfer of asbestos takes place.

If you would like more information on asbestos, and how to deal with it, please contact one of our expert consultants. Acorn Analytical Services offers a range of asbestos services including management surveys and demolition surveys, and can provide the professional asbestos guidance you need.

We are very proud to reveal we have been involved in an exciting new project to help create a new centre backed by none other than boxing legend, Frank Bruno. The Frank Bruno Foundation exists to provide support and the encouragement to succeed to those facing and recovering from mental ill-health. Its volunteers have worked …

Why would you need asbestos Artex testing? First things first we need to explain that the word “Artex” is a trademark of Artex Ltd which is a company based in the UK. The word Artex is commonly used to describe a textured/decorative coating commonly used for interior decorating. Artex or textured coatings were frequently used …

When we decided to launch the ‘What does asbestos mean to me?’ campaign, which runs alongside Global Asbestos Awareness Week this week (#2021GAAW), I was asked to answer the question and I couldn’t help but get reflective. I’ve never met anyone that dreams of going into the asbestos industry when they grow up and I was no different. In fact, …

Read MoreWhat does asbestos mean to me?

One of the UK’s most experienced teams of asbestos experts is championing a global campaign which launches today to raise awareness of the deadly substance. Leading asbestos consultancy Acorn Analytical Services is backing Global Asbestos Awareness Week – which runs from April 1 to April 7 – with the launch of its own campaign entitled …

Read MoreCampaign shines a spotlight on dangers of asbestos

We recently heard about a case of a construction company and a property management company being fined thousands of pounds after they failed to manage asbestos safely during the refurbishment of a former office block in Stockport. Last month, the Health and Safety Executive (HSE) revealed that Manchester Magistrates’ Court heard Samer Constructions Limited had …

In recent months we have been privileged to support a dynamic new charity that is fighting to eradicate the asbestos-related cancer mesothelioma. ActionMeso launched last year to bring together mesothelioma patients with carers, healthcare and legal professionals, asbestos removal firms and construction companies. Together they want to raise awareness across the UK about this devastating …

When we say we’re committed to eradicating people’s asbestos problems we mean it! Which is why we’re excited to launch our asbestos advice surgery! In our day-to-day work we provide businesses with innovative asbestos management services which reduce their risk of asbestos exposure, prosecution and fines. We know that for many people asbestos feels like …

You may remember a few weeks ago that we ran a guest blog by our Commercial Manager Sian Stone on her marathon effort to raise funds to tackle the asbestos-related cancer mesothelioma. Sian set herself the target of raising £200 by running at least 50 miles – or the length of nearly two marathons – …

Why Rare Diseases Day should be important to everyone

This Sunday, campaigners from around the world will unite their voices under the banner of the 14th annual Rare Diseases Day. This international event is coordinated by Eurordis – the voice of rare disease patients in Europe – every 28 February to raise awareness amongst the public and decisionmakers about rare diseases and their impact …

Read MoreWhy Rare Diseases Day should be important to everyone

This month the dangers of asbestos hit the headlines once more but maybe not for the reason you might expect. Anyone who regularly follows our blogs or listens to our podcasts will know how hard we work to raise awareness about the dangers of asbestos-related diseases. Sadly, a case which came to court recently showed …