How long does asbestos stay airborne after a fire? Should you worry? 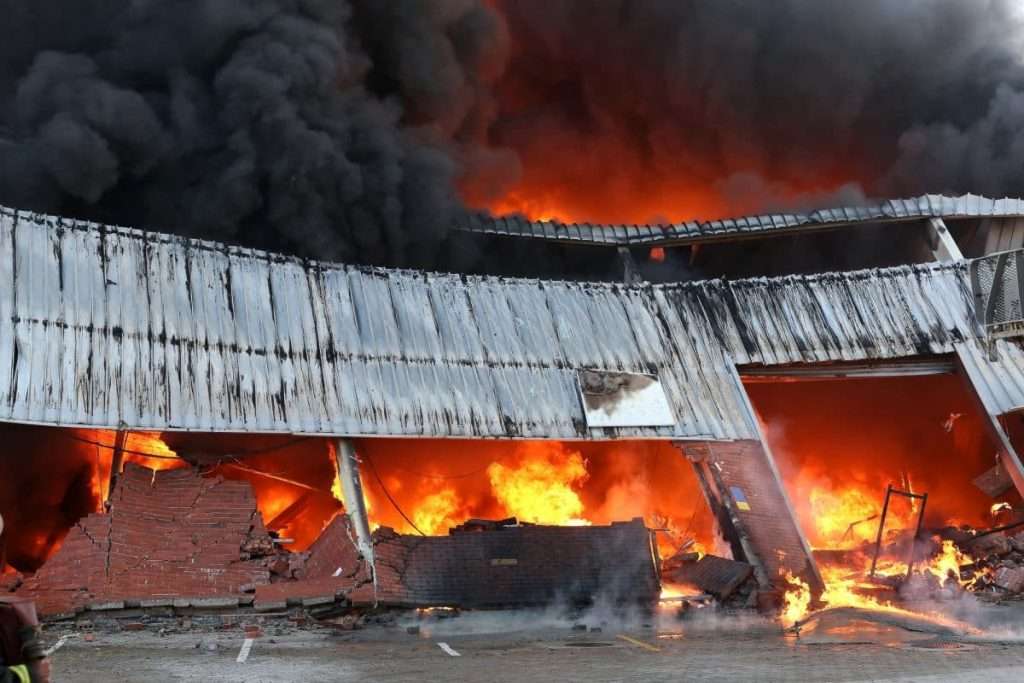 There are many things you might find yourself worrying about following a fire, whether the blaze broke out on your own property or in a nearby building. After a fire, you may find yourself worrying about carbon monoxide and the structure collapsing, and asbestos exposure may also be a major concern. So in this blog, we’ll be answering the question “How long does asbestos stay airborne after a fire and should you worry?”

In days gone by, asbestos was used for a large number of building projects, before we were aware of its dangers. It’s thought that around 80% of all buildings that were created before the late seventies were constructed with asbestos, which was often chosen due to its fire resistance. It was often mixed with other materials and substances to prevent damage from chemicals, electricity and heat. Asbestos was also commonly used for the purposes of insulation.

We now know that asbestos can be very dangerous. Repeated exposure to asbestos can cause medical problems including mesothelioma, a type of cancer. Mesothelioma is almost always fatal and can attack the mesothelium. The mesothelium is a membrane that forms a protective lining to organs like the lungs, stomach and heart.

During a fire where asbestos materials are present within a building, these materials can be subject to excessive damage. It is when asbestos materials become damage that they can release asbestos fibre. Asbestos strands can be split into smaller and thinner fibres during the disturbance. Asbestos mined ore will initially divide into visible strands, fibre bundles, and individual fibres. This splitting can continue to minute levels of microscopic size. This process is unique to asbestos and is why airborne asbestos is such a problem.

Asbestos fibres can become so small that they remain airborne longer and pass undetected by the respiratory dust defences. These microscopic fibres may become inhaled into the lungs. Once in the lungs, because of their properties, such as chemical resistance, asbestos fibres are resistant to the human body’s natural defence mechanisms. As such asbestos fibres remain within the body and may cause significant health problems.

When a fire is being extinguished, the asbestos fibres can easily become airborne. Once airborne, it can be hard to avoid breathing them in. Firefighting teams are normally provided with protective respiratory equipment when tackling fires of this nature. However, if this equipment is removed due to it being an uncomfortable or visual impairment, then there is a risk of exposure to asbestos fibre and asbestos dust.

Firefighting professionals are trained to keep their equipment on even if it does become uncomfortable, as it is designed to defend them from toxic substances including general dust, gases and indeed asbestos fibre. When a fire has broken out nearby and there is a risk of asbestos exposure, the public is normally urged to close their doors and windows and remain inside their homes until the emergency services tell them otherwise. The length of time asbestos remains airborne after a fire can vary, which is why it’s vital that the public complies with the instructions given to them by the fire authorities.

Any building that was built or refurbished prior to 1999 could contain asbestos. It’s said that over 5,000 different products containing asbestos have been used to construct buildings.

Should I be worried after being exposed to asbestos?

Most people who do contract asbestos-related diseases do after repeated exposure to asbestos. Nonetheless, there is no known safe limit of exposure. Therefore, you should always follow the advice given to you by a professional if there is a chance you could be exposed to asbestos fibres.

One Health Protection Agency review stated, “The Public Significance of Asbestos Exposures from Large Scale Fires, concluded that there was no real likelihood of long-term effects resulting from being near fires where ACMs were present, as long as efficient clean-up procedures took place. The review said anxiety was likely to be the biggest health problem amongst the public following such incidents.”

At Acorn Analytical Services, we can help if you suspect asbestos is contained in your building. We are a leading asbestos consultancy able to assist you with all of your asbestos management and statutory compliance needs. Whatever your asbestos needs, contact us today!