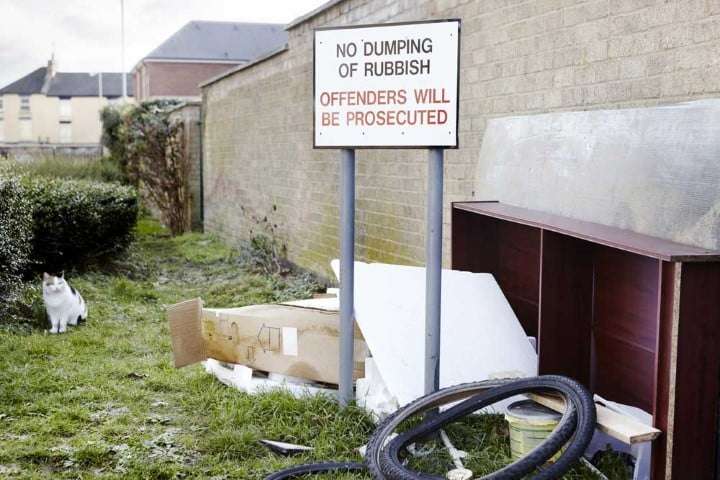 One of the last things that you want to find in any public area is asbestos. It is very dangerous, so when it was discovered that there were asbestos materials everywhere, people were understandably a little bit disturbed and annoyed. However, this is just part of a growing problem which is fly tipping.

What is fly tipping?

Now, it may not be an expression that any of you have heard before, but fly tipping is something that everyone should be aware of. Fly tipping is where rubbish is illegally dumped in a place that it usually does not belong in. Places which people do not often frequent are often targets for fly tipping, as the chances of individuals being able to tip rubbish without being caught are increased.

So, fly tipping is becoming a problem?

It is becoming increasingly apparent that people are tipping their rubbish without any regard for what happens to it. And the more concerning element of this entire process is that people are dumping materials in places which are often frequented by children, such as parks and areas near schools. It is also being dropped on an almost industrial scale by criminal gangs, which further increases the danger for people who happen to stumble upon it.

In the past three years, it has been predicted that the levels of fly tipping are increasing. What’s even more concerning is that there are high concentrations of asbestos in a lot of these locations. Asbestos, as a lot of people may well be aware, is a dangerous mineral which is harmful to humans. The asbestos fibres are inhaled by people and can remain undetected for years at a time, and can manifest as a potentially life threatening disease. If you needed a reason to be concerned about the levels of fly tipping being on the rise, that is it. Young children are more susceptible to asbestos and they ate also the ones who are more prone to go exploring among the waste.

Overall, the levels of fly tipping are increasing, and we should all be anxious as to what this could mean for our children and anyone who happens to disturb these piles of waste. People need to remain vigilant when it comes to fly tipping and try to make sure that anyone seen dumping waste is reported to the authorities.

If you live in an area prone to fly tipping, your first port of call is to report it to your local council. Your council should then instruct a company like ourselves to carry out a full survey on the area. To get a quote, click here.

To read out latest blog about asbestos dumping in Northamptonshire, click here.