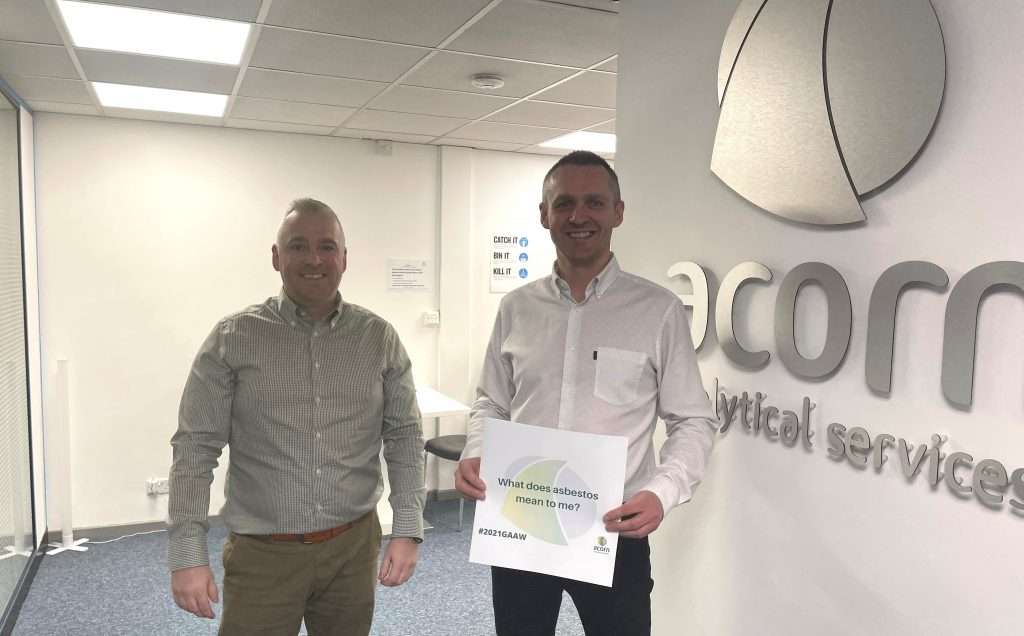 One of the UK’s most experienced teams of asbestos experts is championing a global campaign which launches today to raise awareness of the deadly substance.

Leading asbestos consultancy Acorn Analytical Services is backing Global Asbestos Awareness Week – which runs from April 1 to April 7 – with the launch of its own campaign entitled ‘What does asbestos mean to me?’.

Throughout the week Acorn will release specially made videos of people – from medical practitioners and asbestos removal experts to campaigners and people affected by asbestos-related diseases – answering the question ‘What Does Asbestos Mean to Me?’

Company director Neil Munro said: “Every year, around 90,000 people die from asbestos-related diseases around the globe – 5,000 of these in the UK – and asbestos exposure remains the world’s number one cause of work-related deaths. Even though asbestos use was banned in the UK in 1999, around 1.5 million properties in the UK still have asbestos in them. This figure could be radically reduced if we all became more aware of the dangers of asbestos.

“We hope that through our campaign, which runs during Global Asbestos Awareness Week, we can personalise the issue of asbestos and get across why it is so much more than a problem with old buildings. We want to give people whose lives have been impacted by asbestos a platform to talk about their story, raise awareness of the dangers of asbestos, and encourage the public to be on alert for asbestos in their everyday lives, not only in their own properties but also when visiting public buildings, so together we can save lives.”

Acorn’s campaign has won the backing of leading charities Mesothelioma UK and ActionMeso which both work to improve the lives of people suffering from mesothelioma – an incurable cancer caused by asbestos which kills thousands of people in the UK each year.

Mesothelioma UK CEO Liz Darlison said: “We’re delighted to see the work Acorn Analytical Services does to educate people about the dangers of asbestos. The UK has the highest incidence of mesothelioma in the world, with more than 2,700 people diagnosed each year and sadly this number continues to rise.

“Asbestos-related cancers such as mesothelioma are a public health disaster and sadly, we’re seeing patients who have been exposed in an increasing number of locations including hospitals, schools, factories, dockyards, the armed forces and many more.

“It’s imperative we work together as a community and engage with employers, governments, councils, support groups and all responsible parties to do all that we can to protect future generations against the dangers of asbestos and to find ways to better treat and care for those already affected.”

Mesothelioma patient Mavis Nye, who is a leading member of ActionMeso, added: “In the past, asbestos to me meant safety from fire and heat. I wore oven gloves containing asbestos and used ironing boards containing asbestos. At race meetings drivers were safe as they wore asbestos protection. Safe was the word until people began getting cancers from the fibre.

“The ships my husband Ray worked on had been safe from fire but when they were being refitted in the dockyard that cruel fibre was killing workers.

“Now asbestos means mesothelioma to me – a cruel disease that’s taken so many family and friends and I have it too. I want asbestos out of the modern world to keep people safe.”

For further information on the ‘What does asbestos mean to me?’ campaign, go to https://www.acorn-as.com.

Did you know that this Sunday is recognised in the UK as Yorkshire Day? The annual event originally began as a military holiday but today it has grown into a celebration for everyone to enjoy and is designed to encourage people to spend time in one of our most beautiful counties. Anyone who is familiar with Acorn Analytical Services will know that we have a thriving … 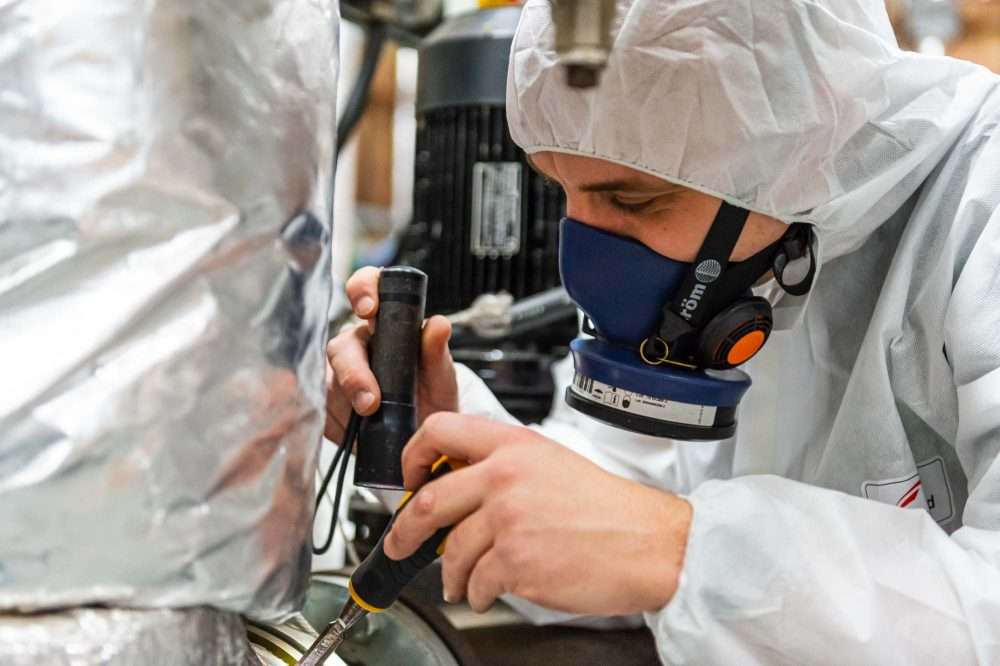 This month the Health and Safety Executive (HSE) has released its Mesothelioma statistics for Great Britain, 2021 report. The report reveals the number of deaths attributed to the asbestos-related cancer during 2019 and makes for interesting reading. Mesothelioma has a strong association with exposure to asbestos and current evidence suggests around 85% of all male … 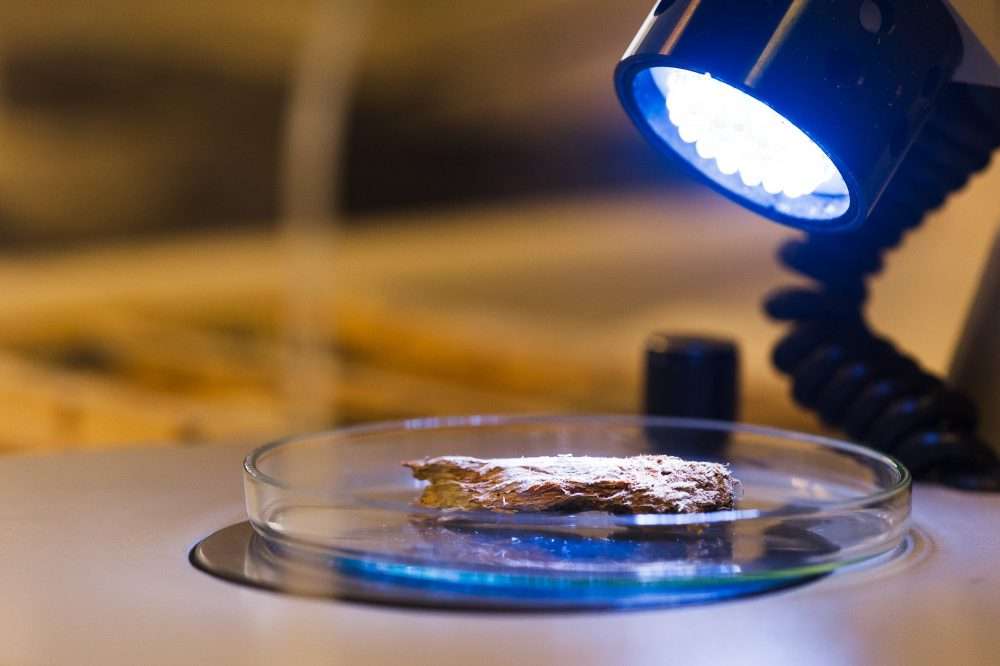 Asbestos does not occur naturally in the UK but it is estimated that during the second half of the 20th century around six million tonnes of raw asbestos fibre was imported to our shores. Asbestos was used heavily by our construction trade which is why it still remains in many of our buildings today. Indeed, … 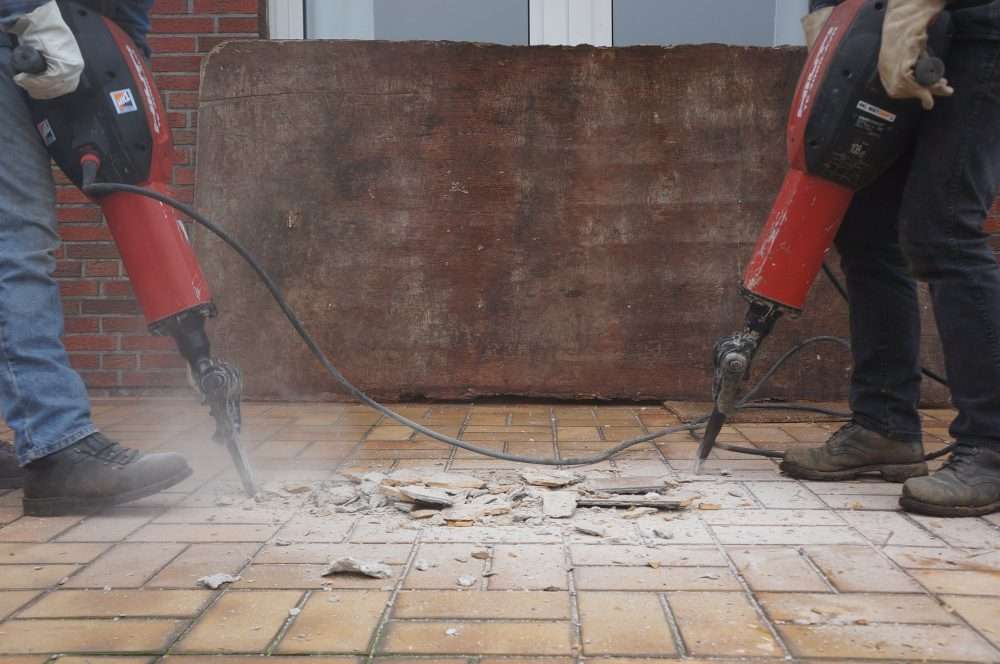 Every year, thousands of people in the UK are diagnosed with asbestos-related diseases. Often people have developed these conditions after coming into contact with asbestos years earlier – in some cases decades earlier. Sadly, this doesn’t mean that people aren’t being exposed to asbestos today. It is estimated that there are around 1.5m buildings in … 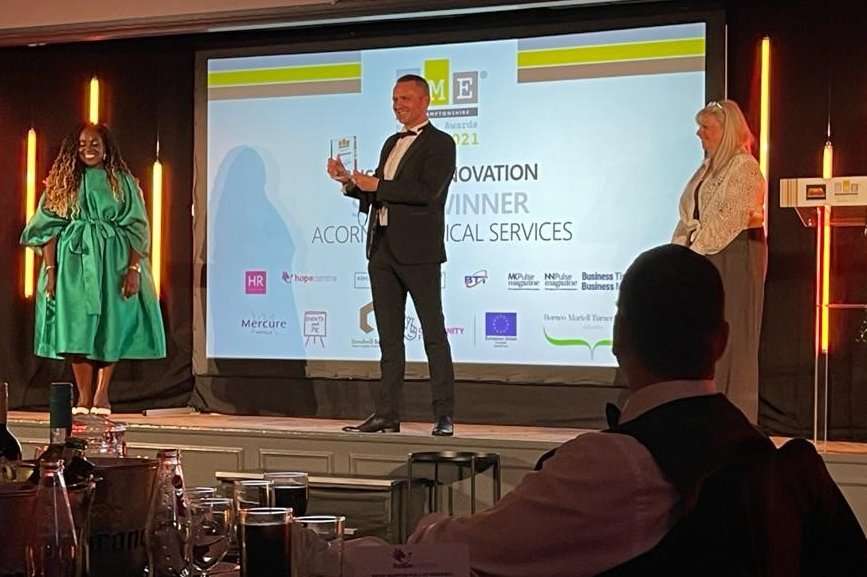 This has been a really big week for us at Acorn Analytical Services – with award wins, award nominations and a nationwide event to raise awareness about the dangers of asbestos. We started the week on a high when we won the Silver Award in the Business Innovation category at the Northamptonshire SME Business Awards. … 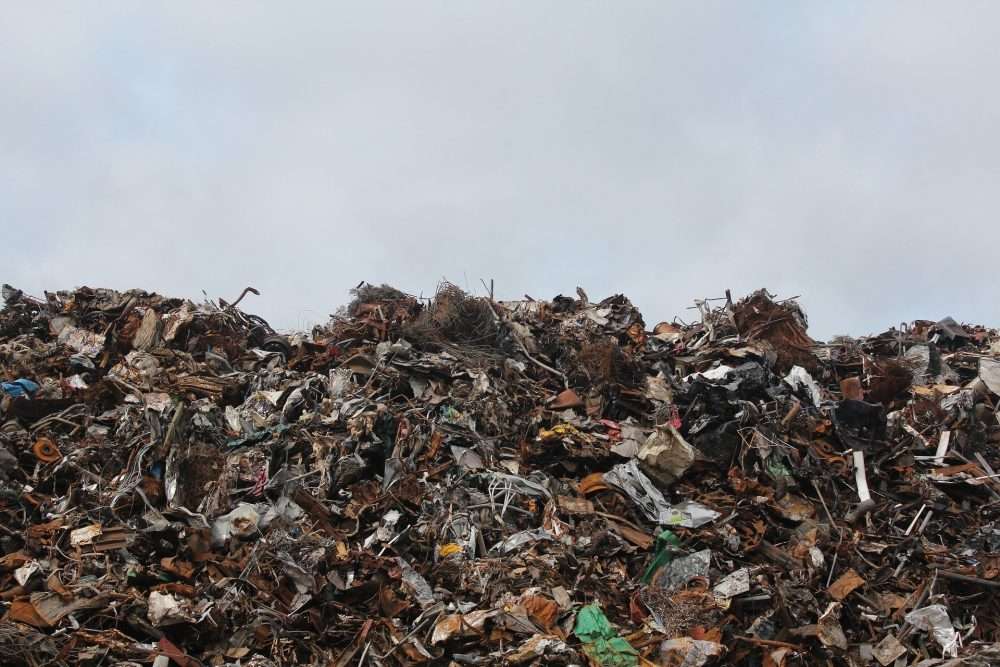 It’s not often we get to say this, but we heard some genuinely uplifting news about asbestos a few weeks ago. A firm in Wolverhampton, called Thermal Recycling, has opened the world’s first plant for environmentally responsible asbestos disposal. The company uses a scientific process called denaturing to convert materials containing asbestos into a new … 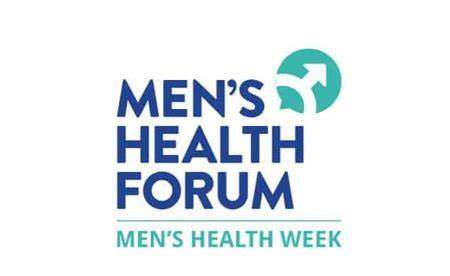 If you’ve been on social media or picked up a newspaper during the past few days, you’ll have been hard pressed not to notice that it’s Men’s Health Week. Men’s Health Week raises awareness about the health issues that affect men disproportionately and focuses on getting men to become more aware of health problems they … 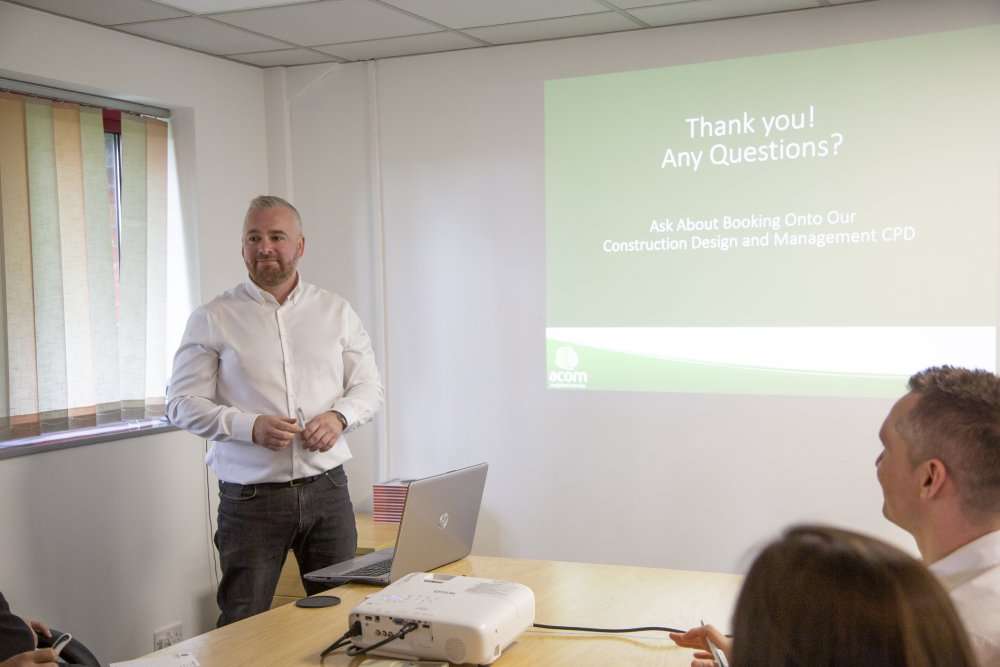 We were thrilled to hear a few days ago that the UK Asbestos Training Association (UKATA) has been highly commended in the Senior Leadership Engagement Award category at The Impact Awards, hosted by mental health charity, Mates in Mind. For anyone who is not familiar with the work of UKATA it is the UK’s largest … 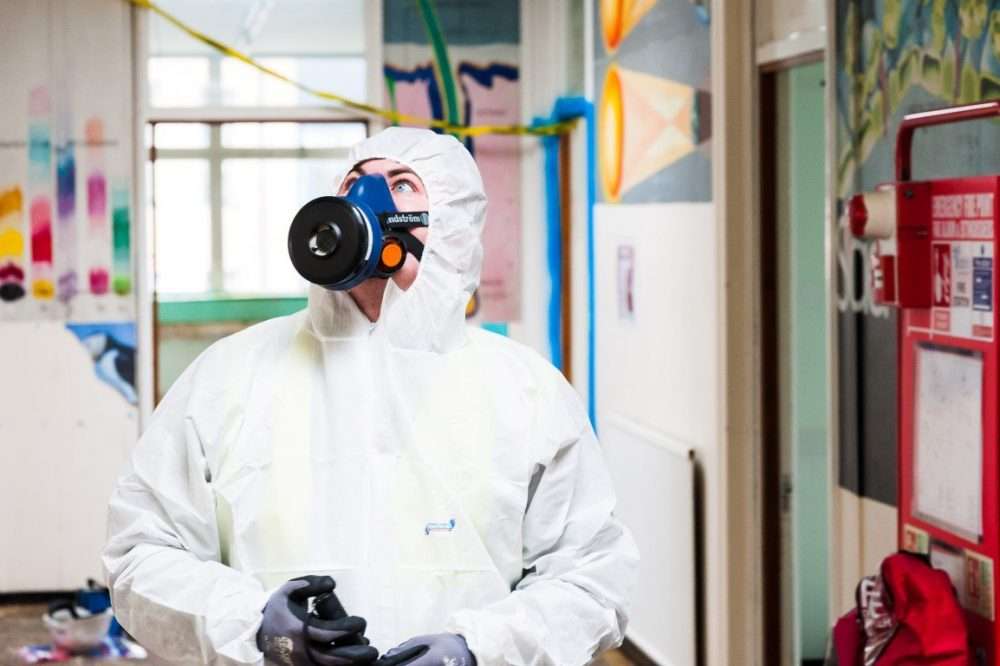 When you think of where asbestos might be lurking in the UK you might picture prefab houses or garages or possibly post-wartime office blocks and factories. The last place any of us would ever want to picture asbestos are the places where we send millions of our children every day – our schools. Is your … 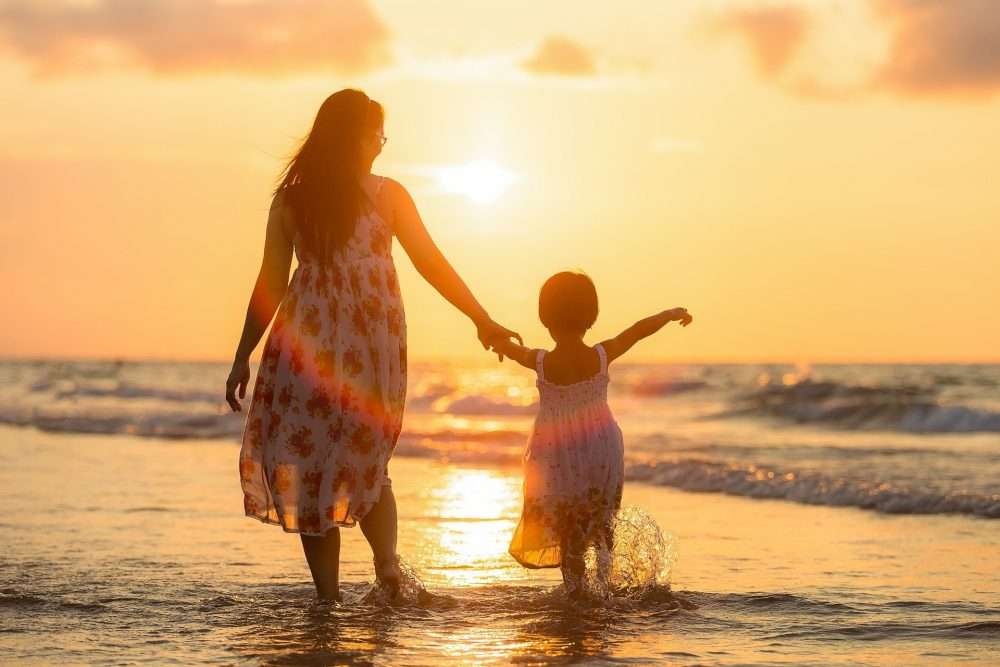 We’re very lucky in the UK to have access to a wide variety of beautiful beaches but heartbreakingly sometimes these great natural resources hit the headlines for all the wrong reasons. So are holidaymakers in danger of finding asbestos on beaches? Where was asbestos on beaches found? Earlier this week an investigation was launched in …