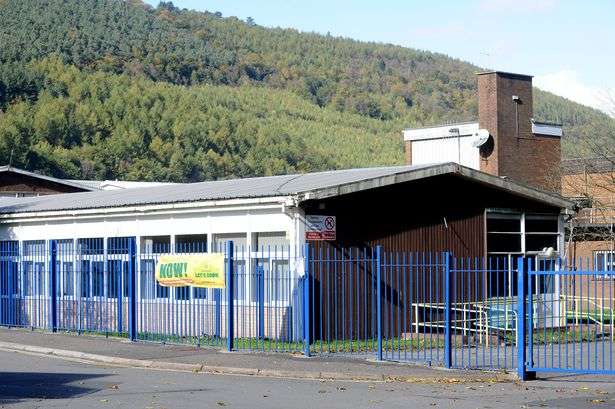 A police and health and safety investigation has been launched following the death of an asbestos removal worker at an asbestos-hit school.

Paramedics were called to Cwmcarn High, near Newport, on Friday after a 26 year old collapsed.

The school closed last year after a council-commissioned report said asbestos discovered at the site “posed a potential health risk”.

While officers are treating the death as unexplained, health and safety officials say they do not believe asbestos exposure was to blame.

A Gwent Police spokeswoman said: “Our officers, together with the Health and Safety Executive (HSE), are investigating the circumstances surrounding the death of a 26-year-old man discovered at Cwmcarn High School on Friday.

“We were called to the school and are treating the death as unexplained at this time.

“The man, who was working at the school at the time of his death, is from the Abertillery area and officers are supporting his family at this time.”

A Welsh Ambulance Service spokeswoman said: “We were called out at 3.03pm on July 19 to reports of a man who had collapsed at Cwmcarn High School in Newport.

“We sent our hazardous area response team (Hart) to the scene, where sadly a man in his 20s was pronounced dead.”

Cwmcarn High closed last October amid fears that its 900 pupils were at risk from asbestos. Since then, they have been taught 12 miles away at Coleg Gwent’s Ebbw Vale campus.

Earlier this month, asbestos removal firm Caswell Group began work at the school after Caerphilly Council agreed to spend £1m removing the substance from the buildings.

An HSE report published this week suggested the asbestos at Cwmcarn High posed no risk to people if “properly managed”.

The organisation confirmed it would be working alongside the police with the investigation into the asbestos removal worker ‘s death.

An HSE spokesman said: “Police are taking the lead with the inquiries at present, but we are awaiting the results of the post-mortem before deciding what happens next.

“The worker who died was removing asbestos at the school, but at this stage we do not think that asbestos exposure has been a key factor.

“We are very much keeping an open mind at this stage, because a cause of death is not yet clear. There are a range of factors and possibilities before we can definitively say it was one thing or the other.”

In a joint statement, Cwmcarn High and Caerphilly Council described the incident as “tragic”.

“We are awaiting an update from the coroner’s office about the cause of death. Therefore it would be inappropriate to comment further at this stage.”

On behalf of Acorn Analytical Services we would like to offer our deepest sympathies to the family, friends and co workers of the asbestos worker who tragically died.