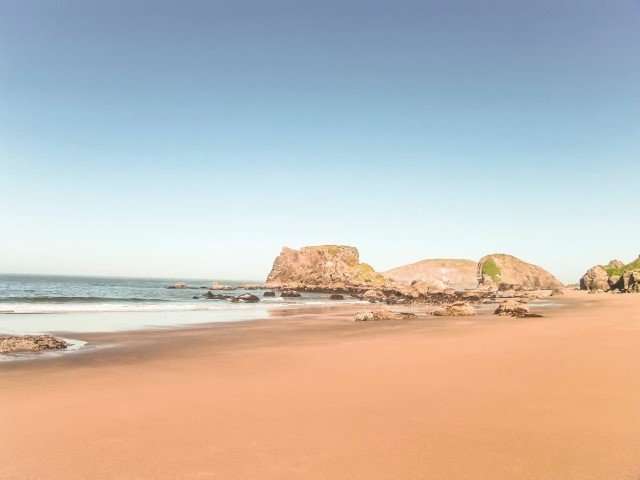 Several incidents of asbestos on our beaches have occurred in recent years, raising serious concerns for public health. Some cases are thought to have been caused by fly tipping, whilst others potentially the result of asbestos materials being washed ashore.

The closure of Mount Batten beach in Plymouth in April highlights the problem of asbestos on beaches around the UK, and demonstrates the need for vigilance by the public, particularly as the school summer holidays are almost upon us.

The lengths to which fly tippers will go to dispose of asbestos materials know no bounds, but they may not be aware of the dangers to which they’re exposing themselves and the general public.

Asbestos should be safely disposed of using tightly controlled procedures, but because this isn’t a cheap exercise, ACMs are appearing in unsafe and non-designated areas. Asbestos on beaches isn’t solely the result of fly tipping, however, so where has asbestos been found?

Why asbestos is so dangerous

When microscopic asbestos fibres are released from the materials in which they’re encased – asbestos cement products, for example – they’re easily inhaled or ingested by anyone nearby.

They can then set up serious health conditions in later life, including mesothelioma, an aggressive form of cancer that caused the deaths of more than 2,500 people in 2016.¹ Other asbestos diseases include asbestosis and asbestos-related lung cancer, which are life-changing and potentially life-shortening.

So what should you do if you find materials you think may contain asbestos on the beach?

What to do if you think you’ve found asbestos

The most important piece of advice is to leave it alone and immediately report your finding to the local council. If the substance is asbestos it may already have degraded sufficiently to release its fibres, but because they’re microscopic you won’t be aware that you’re inhaling or ingesting them.

Asbestos on beaches in the UK is a serious issue that should be dealt with by suitably trained and qualified asbestos experts. Acorn Analytical Services are highly experienced asbestos consultants and offer a full range of asbestos services, including asbestos testing and asbestos removal. We cover the whole of the UK and can provide swift, reliable advice on all aspects of asbestos. Please contact one of our expert consultants to find out more.