Asbestos in a fire – is it a serious risk to public health? 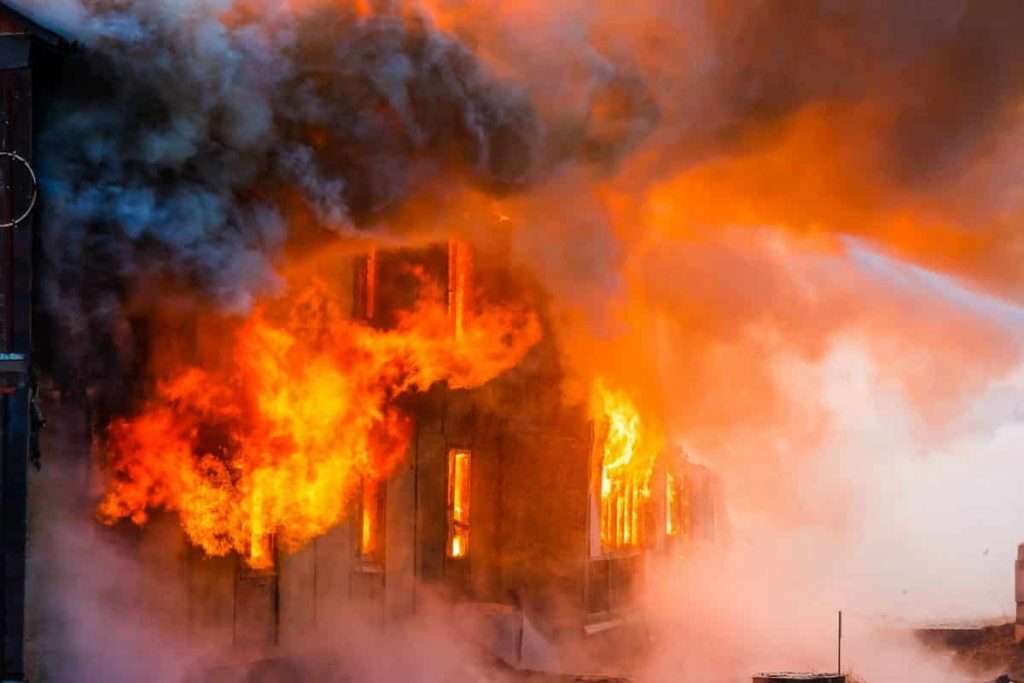 If asbestos fibre and dust are released into the air during a fire, it can cause serious health issues for anyone nearby. The presence of asbestos in a fire needs to be carefully managed to minimise the risk to firefighters and the public, as once airborne, the microscopic fibres are easily inhaled.

The sharp and brittle nature of some types of asbestos fibre means they’re likely to become lodged in the outer lining of the lungs, and potentially set up life-threatening diseases such as mesothelioma.

Asbestos fibres can also settle unnoticed in gardens and houses following a fire, creating an ongoing danger of exposure for householders and their families.

Asbestos and fires in older buildings

Older buildings constructed before the UK asbestos ban in 1999 are likely to contain asbestos in some form, so common was it as a fireproofing and insulating material. Flooring, pipework, ceilings, boilers, and ducts, are just some of the areas where the substance was used.

Asbestos-containing materials (ACMs) often formed a fundamental part of the fabric of a building, and this creates an issue if the material bonding the asbestos is compromised in a fire.

What are the dangers posed by asbestos in a fire?

If asbestos fibres are inhaled, they can cause asbestos-related cancers and other diseases such as asbestosis. These illnesses are unusual in that they don’t generally manifest for several decades – sometimes 50 or 60 years after the initial exposure.

Malignant mesothelioma is a particularly aggressive form of cancer attributed to the inhalation or ingestion of asbestos and affects the external lining of the lungs and the peritoneum.

As sufferers don’t typically experience significant symptoms until the later stages of the disease, their prognosis is generally poor. Health and Safety Executive (HSE) statistics show over 2,500 deaths occurred from mesothelioma in Great Britain in 2015, with no sign of these figures dropping until the end of the decade.

How can duty-holders manage the danger posed by asbestos in a fire?

If you’re responsible for managing asbestos in non-domestic premises, there are several ways you can meet your obligations as duty-holder. As far as asbestos in a fire is concerned, prevention is clearly a fundamental aspect and carrying out regular fire risk assessments is crucial.

Acorn Analytical Services undertake fire risk assessments, asbestos surveys, testing for asbestos and asbestos removal. If you’d like more information on the risk posed by asbestos in a fire, and how you can manage your risks, please contact one of our highly trained asbestos consultants.