What you need to know about Asbestos & CLASP Buildings 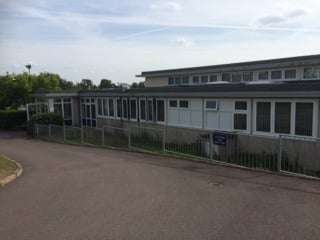 Are you aware of the risk relating to Asbestos & CLASP Buildings?

CLASP (which stands for Consortium of Local Authorities Special Programme) system was a scheme developed in the 1950s through to the 1980s, by English local authorities to devise a method of designing and assembling prefabricated buildings for use in the public sector.

CLASP was first developed by Charles Herbert Aslin, who was the county architect for Hertfordshire. The building type was used as a model for several other counties, most notably Nottinghamshire and Derbyshire.

The CLASP system utilised prefabricated light gauge steel frames which could be built economically up to a maximum of 4 storeys. The frames were finished in a variety of claddings and their modular nature could be employed to produce architecturally satisfying buildings. Initially developed solely for schools, the system was also used to provide offices and housing.

Generally, within all buildings of the period between 1950 – 1985, asbestos-containing materials were used extensively for heat insulation, fireproofing, floor coverings, ceiling tiles and wall panels.

Many of the system buildings used lightweight steel frames that required fire protection, particularly in ground floor locations of multi-storey buildings. One particular type of asbestos-containing material, asbestos insulating board (AIB) was often used for this purpose.

Building systems developed over time and details were revised and specification of materials changed, also the project architect may have specified some alternative or additional uses of asbestos containing materials that may not necessarily be recorded or included in the basic building design.

This may be where there were material shortages on site during the original installation. Additionally to to this surplus or off cut asbestos containing materials may have been left hidden inside columns or boxings or ceiling voids. As such, asbestos may be found in some unexpected locations within a CLASP building and the presumption should be that asbestos containing materials may be present in all concealed areas.

Taking this all into account, there is a high potential for asbestos fibre to be released from damaged column casings in CLASP and system buildings. Gaps in the column casings can occur as a result of previous alteration, removal or direct physical impact on the casing. As a result asbestos management should be a high priority in all CLASP buildings.

If you have a CLASP building and you would like assistance with asbestos management call us today on 0844 818 0895.