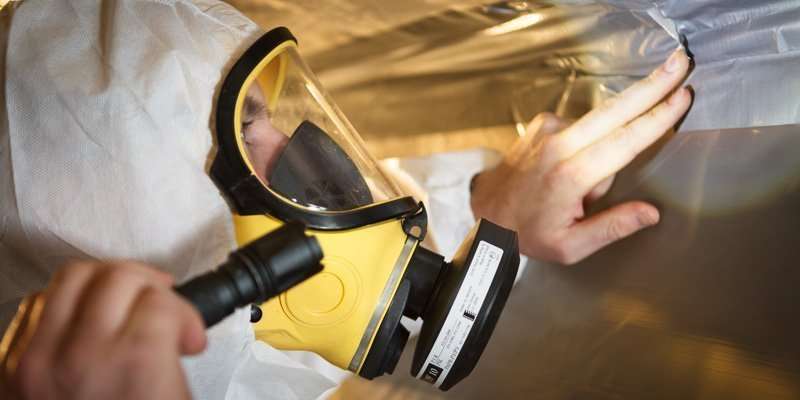 It has now been over 20 years since the final asbestos ban came into force in the UK. Thousands of people have suffered serious illnesses or lost their life after being exposed to asbestos where they lived, worked or played decades ago. And, despite asbestos being banned in the UK in 1999, the toxic substance continues to affect lives today.

Asbestos still remains in schools, hospitals, factories, offices and homes that were built before the ban was implemented, which means the health risk posed by asbestos is as real today as it was when the substance was first put into buildings.

Asbestos comes in many different forms, with the ‘big three’ being Crocidolite, Amosite and Chrysotile.

Have things improved since the asbestos ban?

After 20 years of an asbestos ban being in place, you would think that deaths rates would have decreased. Unfortunately, this has not been the case. There are still thousands of people experiencing the effects of asbestos years after working with it.

Tragically, Mesothelioma and lung cancer are common with people who have worked with or been exposed to asbestos and there can be a long wait between first exposure and someone developing any signs of the diseases. The timeframe can range from ten years up to 60 years.

When Acorn was established in 2000, the peak in death figures was predicted to be in 2010 and be around 4,000 deaths per year, but sadly, in the last ten years, we have actually gone over 5,000 deaths per year, meaning we are still seeing an increase in deaths 20 years after the ban. Now, the end of 2020 has been predicted to be the peak in terms of death figures and hopefully it will start to come down after that.

Most asbestos-related deaths are in men. This has been put down to the fact that more males worked with asbestos at a time when men went to work and women stayed at home and cared for the family. However, some women have died and it is thought this was due to secondary exposure from uniforms they washed.

It is also worth mentioning that the data relating to asbestos deaths might not be the full story. This is because they typically rely on ‘asbestosis’ being given as the cause of death on a death certificate. The true figures will probably never be revealed. If someone has an underlying asbestos-related illness but they die of a heart attack, that is what will be recorded so the actual figures are likely to be a lot higher.

Also, lung cancer for example could be an asbestos-related illness, but if the patient is asked if he/she smokes and they reply ‘yes’, it will be put down to that and the real reason is never known. Smoking is an obvious cause for lung cancer. However, generally speaking, cancer caused by smoking is usually higher up in the lungs, whereas asbestos-related cancers are found lower in the lungs.

What can we do?

It is still shocking to see the number of organisations and businesses who have no idea about their responsibilities regarding asbestos management – some have never even had a survey carried out! Despite the tough regulations in place, we are still coming across large multi-million-pound companies who have never touched on asbestos before.

The latest figures, which were recorded in 2017, showed that the number of those who die from asbestos-related cancers is more than double the amount of people who die in road traffic accidents. These accidents are published in the news but asbestos deaths, which can be after a long and horrible illness, are not reported.

Twenty years on from the asbestos ban but still a problem and people still dying.

We believe the matter needs to be highlighted to show how serious it is and raise awareness.

Asbestos management is crucial to keep people safe. You don’t want to put anyone in danger. We all need to take precautions.

To help raise awareness of asbestos and educate businesses on their responsibilities, myself and Ian Stone have written a book called ‘Asbestos – The Dark Arts’ which takes the regulations around asbestos and makes them easier to understand and more manageable.

For more information, and to purchase as a hard copy or audio book, go to Amazon.

If you would like further information and advice on managing asbestos, contact the team on 0844 818 0895 or email sales@acornasbestos.co.uk

We use cookies and similar technologies (“cookies”) to help give you the best experience on our site and to show you relevant advertising. If you continue to use this site, we’ll assume that you’re happy to receive all cookies.